The history of Vintersol goes back to the 1950’s, when Swedish Bengt Rylander, with multiple sclerosis, and Olle Ryding, suffering from rheumatic arthritis, arrive in Tenerife; with the hope to improve their wellbeing in the warm climate of the Canary Islands.

Soon they feel the benefits of the climate in Tenerife and decide to settle in Los Cristianos, at the time a small fishing village. The beginning was not at all easy for both men since neither Tenerife nor Spain were prepared for the needs of neurological or rheumatology ill people nor did they have the adequate facilities to provide rehabilitation services. In addition local people were not really familiar with the problems people with reduced mobility could face in daily life.

However Bengt and Olle did not give up, driven by the aim of helping other’s with similar conditions they continued to educate and work with the local people and both the Swedish and Spanish authorities. Their ultimate goal was to open a rehabilitation clinic.

In 1965, after many years of planning and 3 years of construction, Vintersol finally opened its doors. The opening ceremony was joined by representatives of the Swedish and Spanish government. The official name of the centre in 1965 was “Centro de Rehabilitación Ramón y Cajal”.

From 1965 to 1980 Vintersol was led by the founding organisation and managed as a rehabilitation clinic with the focus on patients with neurological diseases; it had room for 60 patients.

In the 1980s the Vintersol Foundation partnered with the Foundation for Rheuma, Psoriasis and Neurological Diseases and since then specialises as well in rheumatology rehabilitation. During that time the building was also extended to allow hosting 100 patients at one time.

Since 1994 Vintersol is managed by Humlegarden S.L., a company with over 25 years of experience in the rehabilitation sector.

It was also during the 90’s when Vintersol opened its doors to patients outside of Sweden. Today Vintersol is known and respected by patients and health organisations throughout Europe. 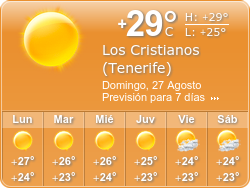